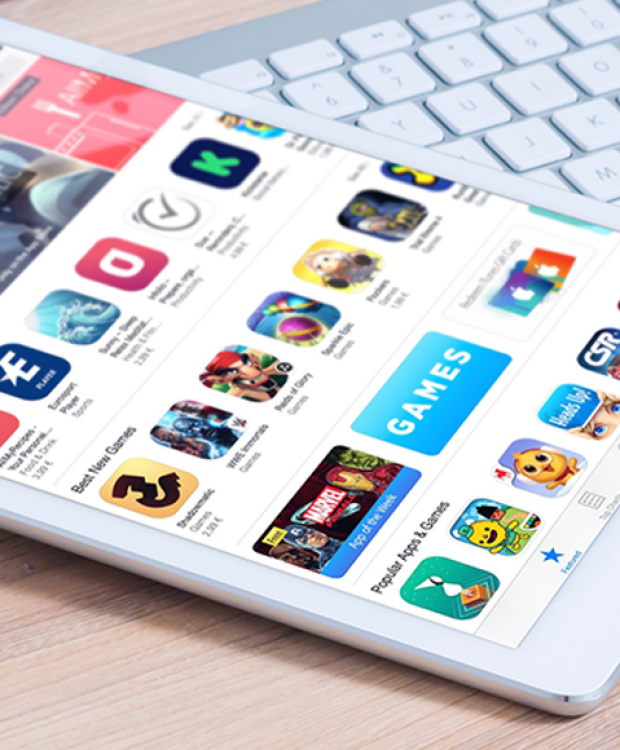 9 steps to get your app featured on the App Store

Our first gaming app, Watercolors, was featured by Apple two days after its launch and reached over 1 million downloads in the first two weeks because of it. How did that happen? Is there any luck involved in getting featured? Maybe, but there is definitely a lot you can do to improve your chances significantly:

1. Pay godlike attention to detail when it comes to USER EXPERIENCE

Look, Apple is a design driven company from head to toe. In this context DESIGN doesn’t only refer to the visual aspect as is often mistakenly misinterpreted. It’s about the entire USER EXPERIENCE. That means that you have to pay great attention to everything your users will go through when using your app.  All their senses have to be overwhelmed with beauty and excitement and their experience has to be seamless.  Let’s break that down and see what exactly you can do as a developer to achieve this:

When it comes to choosing the sounds for your app, here are the questions you want to answer first:

When you’re designing the app, literally think of making art. Think of the feeling you had when you bought an Apple product. That’s the feeling your users should have when first using your app.

And of course we’re all on a deadline, but make a conscious decision from the beginning to invest time and effort (which also translates into money) in paying attention to detail. For example, with Watercolors, we’ve spent 2 full days (a team of 3) just to come up with the exact shades of the 6 colors we’re using within our app.

2. Create apps for the latest models of iPhones and iPads

With every new model they launch, Apple upgrades the hardware components: processor, camera and so on. If you have a great app that takes advantage on the latest hardware improvements, it will be in their interest to promote it since they will sell more devices. In the end Apple gets the most revenue from hardware, right?

3. Launch your app exclusive for the App Store… or at least launch it for iOS first

4. Integrate as many Apple services within your app as possible: in app purchase, game center, iTunes, newsstand, passbook, iCloud.

Again, Apple will benefit directly if you integrate any of their services. The more your app uses, the better. A major advantage is if you are amongst the first to integrate a service right after they launch. Being in the promotion period and having less apps to prove their service, will make it more likely that they will promote your app.

5. Have at least a few hundreds downloads/day during the first days after launch

Having a decent number of downloads in the first days of launch will mean that your app will quickly advance in the charts. A good launch might be essential for your app.

6. Have your app compatible with as many Apple devices as possible: iPod, iPhone, iPad, Mac, Apple Watch

This is both an advantage for your users which can then use your app on all their Apple devices and for Apple which will sell more of their products.

7. Time your launch properly. Thursday is the day editors change the featured apps on the App Store

There’s a big debate regarding the best day of the week to launch an app. With Watercolors, we’ve launched on Tuesday and got featured on Thursday. Many consider it one of the worst days to launch, but then again… worked for us.

8. Get covered by as many publications as possible

Just placing your app on the store makes it very unlikely to get noticed and featured no matter how good of an app it is. Make sure you do a proper press launch and try to get covered by as many publications as possible. They say that Apple’s editors keep an eye on MacWorld (apps reviews) and Touch Arcade (app games reviews). Who knows? Might be true :). Find more on how to properly launch an app HERE.

9. Have a connection inside the company

Personally getting in touch with an Apple editor is definitely an easier way to get your app seen by the right people. Networking is important, so keep in touch with the community, attend app events and who knows, the person sitting right next to you might be an Apple editor.

If there’s any other tips you’d like to share on getting featured on the App Store use the comment section below. Also, if you find this article useful don’t forget to share it with your friends.

As they say… sharing is caring! 🙂

One of the first things we emphasize to both our clients and team members every time we start a new project is that it is a partnership. Just because we’re the so-called experts doesn’t...

Stop expecting your designer to figure out your mobile app UX by themselves!

We could easily extrapolate this to web apps, most other types of software products and any kind of product for that matter, but since my experience is with mobile apps, I’ll keep it...

NOTE: If you want to skip the reasoning and see the numbers, go directly to the end of the article at the PRICE section. However, considering the investment you are about to make, I do...

Got a project in mind?